Museveni pledges to pay off torture victims, not to end torture

Different media outlets have been reporting that President Yoweri K. Museveni has secretly started “making payments to all victims” of his torture squads. Even before going into details of who will or won’t be a beneficiary of such compensatory payments, it is worth highlighting a number of issues with this Museveni scheme, such as the morality around paying for the lives you have knowingly taken. Secondly, Museveni is known to pledge generous amounts of money only to release very minute proportions of the publicly pledge figures. Thirdly, are we prepared as a nation to sacrifice the lives of poor people in preventable deaths on the basis that their families will subsequently be compensated or bribed into silence?

Also how far back will the official crimes to be compensated go? Do we start with the death of Yassin Kawuma and several other supporters of People Power who fell victim to the violence unleashed by Mr Museveni’s Special Forces Command (SFC), or do we go back decades and create a sort of truth and reconciliation commission to establish the many victims and their survivors to be compensated for state violence under the Museveni rule?

Without such a methodical approach to determine those who should be compensated, it means President Museveni is prepared to pay off his government’s victims only as long as he is not required to bring out any accountability for their deaths.

The behaviour of the SFC suggests it is now fully a state terror machine in the mould of Idi Amin’s “Maliyamungu Regiment” in terms of brutality of violence and viciousness. In fact, those who have been clamouring for a truth and reconciliation commission on Amin’s atrocities should probably start demanding for the same regarding comparable atrocities during the generation-long Museveni presidency. 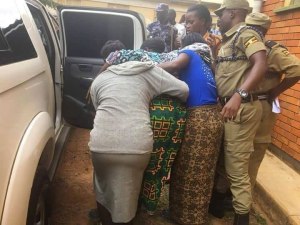 Even Museveni’s ardent supporters recognise that their man has done things that not even Idi Amin did, such as torturing innocent women. Someone like Akira Maida, 23, who was physically violated, sharp objects inserted in her private parts, and “now passes blood whenever she urinates,” according to a report by Uganda’s The Observer.

Other women showed up in court limping in visible agony, although their condition received little media attention as most media was overwhelmingly focussed on the situation and condition of MP Robert Kyagulanyi Ssentamu, aka Bobi Wine, and to his fellow opposition MP, Hon. Francis Zaake, who remained in a comma for months after being beaten senseless, his almost lifeless body dumped at the gates of Lubaga Hospital in Kampala.

Read: This isn’t 1979, and it’s upon us to end Museveni’s creeping fascism

Now that the furore has somehow subsided, Museveni, in his usual conman style whereby after he kills or tortures people then pretends to be “their savior”, is offering money to the very survivors of his own agents’ violence.

According to media reports, Museveni has “put in place a team to go to every hospital and home and find all those that suffered torture, promise to pay their hospital bills, and give them assurances that they will be compensated.”

On October 21 this month, the Daily Monitor reported, for instance, that Museveni had given Shs 510,000 (less than 150 US dollars) to each of the 34 widows who had lost their husbands during the November 2016 massacred by the UPDF in Kasese that claimed the lives of 150 people.

Even more insulting than the paltry Shs 510,000 is that Museveni’s emissary had the nerve to lecture the widows to not spend the money wastefully, telling them, “We do not expect you to put the money to waste, but to use it for the betterment of yourselves and your communities at large.”

Just to put the “compensation” in perspective, between July-December, 2009, a whopping Shs. 300 million “was spent on Museveni and his immediate family per day on official duty,” according to information what was obtained by The Observer from the 2010/2011-2014/2015 National Budget Framework Paper (NBFP). What Museveni spends in a day is equal to six times the total amount he gave to all 34 widows for lives that he permanently took away and will never be recovered!

Remarkably, an investigation by the same paper discovered that “there were at least 120 widows, more than 200 orphans” meaning that only a small fraction of the survivors was being compensated for the loss of their husbands and fathers as a result of Museveni’s order to storm the Rwenzururu Kingdom palace and turn it into a free-fire zone where all those inside were to be shot indiscriminately.

There’s the concern about the decency of thinking you can pay off people you have tortured or the families of those you have killed; it’s another to try to get cheap publicity for having “compensated the victims” when in fact only a fraction of them was contacted.

As indecent as that is, one must ask another question. Instead of announcing monetary pledges to the victims, shouldn’t the pledge be about a commitment to stop torturing and assassinating people?

For their part, the People Power leaders and supporters are urging people not to take Museveni’s money as some form of payment for their own suffering at the hands of his blood-thirsty agents, “The people should not take the killer’s money. We will make contributions for their medical bills, a People Power supporter said. “Tuja kwesonda naye Ezzo ssente za bisilaani. Museveni bamuleke addibe n’ebisilaani bye.” [Its money of bad augur, don’t accept it; let Museveni keep his bloody-money).

Previous Article
This isn’t 1979, and it’s upon us to end Museveni’s creeping fascism
Next Article
“You will be shot,” Museveni warns the opposition

“You will be shot,” Museveni warns the opposition
Great Lakes October 31, 2018

GLW Is a website that covers news from the great lakes region, and internation on various topics such as, news, entertainment, politics, social, ect.

Stay Connected by Subscribing to GLW and Get all the News while they are still relavent.