In the face of the continued violence of President Yoweri Museveni’s security agencies against individuals the regime has singled out for harassment and torture – most prominent being MP Robert Kyagulanyi (Bobi Wine) – even Museveni’s allies are now condemning him in clear language.

Western governments that have long been allies of Museveni are expressing shock at the brutal treatment of members of parliament, journalists and other people. The EU Delegation to Uganda and the US Mission to Uganda in particular have come up with some strong statements of condemnation of the Museveni government.

“We are deeply concerned by the recent events in Arua, Kampala and Gulu, and disturbed by reports of brutal treatment of Members of Parliament, journalists and others at the hands of the security forces,” read a statement by the U.S. Mission to Uganda issued last week, 17 August.

Read: Uganda at the door of no return

It also makes it clear (but in diplomatic language) that the Museveni regime is acting extra-legally and in disregard of people rights. “We urge the government to show the world that Uganda respects its constitution and the human rights of all its citizens,” the statement concludes.

Right on the same day the EU issued its own scathing pronouncement on the violence by the 32-year old regime of Museveni against Ugandans exercising their civic rights, as laid out in the country’s own constitution.

In a joint statement, the European Union Delegation – composing of the heads of mission of Austria, Belgium, Denmark, France, Germany, Ireland, Italy, the Netherlands, Sweden, UK, Norway and Iceland – said it is “deeply concerned by the events that have occurred before and after the Arua Municipality by-election.”

The no-punches-pulled statement continued: “the violence marring the day before the polls, the lack of accredited domestic observers, the reported brutal treatment of elected members of the Uganda Parliament, journalists and civilians as well as the loss of human life are very disquieting events. There is no room for repression, nor violence in a modern democratic country.” 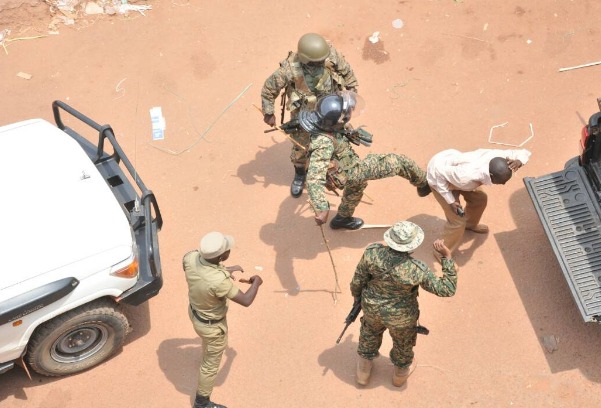 Academics and analysts in Kampala observed that “at long last, Museveni is revealing his true self to his friends of the West,” said a lecturer at a Kampala university who talked on condition of anonymity to ensure his safety.

“You see, for decades Museveni has deceived or duped the West that he is someone who ‘rules democratically’” the academic continued. “Museveni has managed to hoodwink Americans and Europeans that he in fact is a progressive leader; that people have a voice in Uganda and so on, and he has always managed to convince the West by contrasting himself with Amin or Obote. 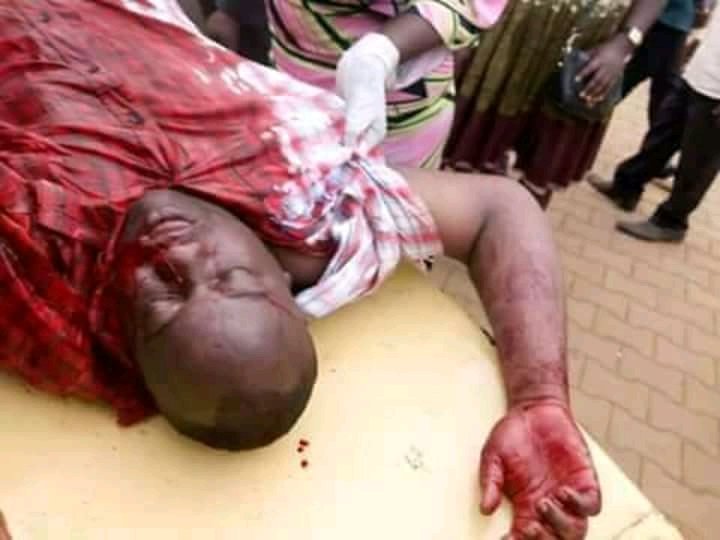 “But now, it has at long last become real clear, with all this violence, extra-judicial killings, abductions and other thug behavior of Museveni intelligence and other security that he is one and the same as Idi Amin!” He added that to him the difference is that “much as Amin or Obote also were corrupt, thieving and nepotistic, they never reached the levels of the Museveni regime!”

Read also: Uganda’s Intelligence Propaganda Chumps at ChimpReports are at it again

A long time observer of Ugandan politics had another take, about where the Museveni government is headed. “You will remember that once Amin had been disowned by the British and the Israelis, or Mobutu by the Americans, that was the end of them. By that assessment, Museveni is hanging by the thread!”

In the run up to the Arua by-election, the driver of MP Kyagulanyi, one Yasin Kawuma was shot and killed as he sat in his employer’s car in Arua. Bobi Wine was certain it was the police, and that it was he himself, rather than the driver that they were targeting. “Police has shot my driver thinking they’ve shot at me,” Kyagulanyi wrote on his official Twitter account in the evening of Monday, 13 August.

The violence that followed included the torture, almost to death of Mityana MP Francis Zaake.

Outraged Ugandans set up a twitter account hashtag FreeBobiWine that has been trending since then, heavily supported by people all over the continent.

GLW Is a website that covers news from the great lakes region, and internation on various topics such as, news, entertainment, politics, social, ect.

Stay Connected by Subscribing to GLW and Get all the News while they are still relavent.